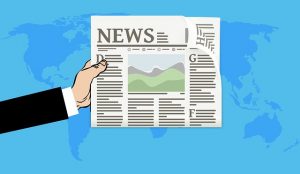 DO POLITICAL PARTIES INFLUENCE THE MEDIA?

When U.S. President Barack Obama declared his support for same-sex marriage, the Twitterverse went into overdrive. Social media analysts reported that Twitter saw 1.6 million #gaymarriage tweets immediately after Obama’s announcement. The pace peaked at 7,347 tweets per minute that afternoon. That is a lot of talk about an issue that could well have a tangible impact on the 2012 U.S. presidential campaign.

Social media have radically altered the way that government institutions operate, the way that political leaders communicate, the manner in which elections are contested, and citizen engagement. Enormous resources are needed to be active in social media, that is for sure. Individual politicians may be active but social media will be used as an ordinary advertising channel.

The rise of social media has complicated the political-media system. Legacy media consisting of established mass media institutions that predate the Internet, such as newspapers, radio shows, and television news programs, coexist with new media that are the outgrowth of technological innovation. Social media are considered to play an important role in influencing the perception of issues in political campaigns in terms of the way they are covered and the relative prominence they are given.

The agenda-setting has become the standard term for this process. The influence of political parties and public opinion on how the media and the press select issues and to determine their relative prominence has received less attention and, so far, research conducted on this aspect of agenda-setting has not yielded consistent results.