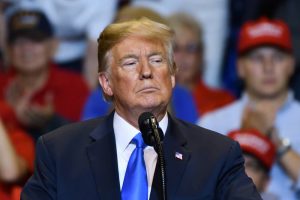 President Donald Trump’s decision to withdraw US troops completely and immediately from northern Syria was completely unexpected, considering that in doing so, the United States definitively abandoned its Kurdish allies, devastated by the Turkish attacks that, over time, are taking even greater consequences. Due to the abandonment by the United States, the Turks are forced to ask for help from the Syrian Assad regime, but despite this, Donald Trump claims to have taken the decision to avoid further unnecessary wars. At least 20 American armored vehicles have left the area of ​​Ayn Isa, in northern Syria, on the border with Turkey, initiating the troop’s withdrawal, in order to start Ankara’s military intervention, which provides for the Kurdish and Sirians military posts elimination from the east area of the Euphrates river.

Erdogan states that the Turkish military operation to take control of the north-east of Syria could start at any moment, and it is necessary to be prepared for the worst. Precisely for this reason, the Kurdish forces are ready to enter Syria at any time. A few hours after the withdrawal announcement of the American troops from Syria, Turkey launched an air raid against the SDF near al-Malikiyah, along the border with Iraq.

During the attack, two bridges were destroyed, and an SDF base was hit. Although President Donald Trump has decided to withdraw from this situation, that he deems harmful to his own nation, in doing so, he has met disagreements among his own allies, including Senator Lindsay Graham, who asked the president to re-think about his decision, calling it an unavoidable disaster. Even the Pentagon has decided to distance itself from the situation and warns Ankara of the possible disastrous consequences that would follow military action. Turkey is immovable over its decision to expel the Kurdish terrorists, while the Kurds are ready to defend themselves at all costs.  It is a situation that could cause serious consequences, and even ONU hopes that there will be no humanitarian disasters.