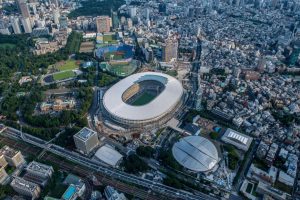 While the world is struggling to cope with the pandemic the Olympic Games were bound to be delayed. But the costs associated with the delays might be too much to bear for the International Olympic Committee.

The IOC initially plans to spend up to $800 million to help cover costs for the postponed Tokyo 2020 Summer Olympics Games. The plan is to spend around $650 million in Japan for the costs that were associated with the games while the remaining $150 million will be given to the international sporting federations, national Olympic committees, and athletes.

The decision to support the international sporting federations and athletes was taken into consideration after recognizing the loss of income due to the suspension of global sporting events.

The announcement was made by the president of the IOC, Thomas Bach, but he also stated that any additional expenses have not been accounted for at the moment in the initial $800 million grant and further added that “to the question of how is this $650 million to be spent, this is not clear at this point either.”

Despite Japan being outside the top 30 countries in ranking for the coronavirus cases, it is considered too great a risk to start an international sporting event in 2020. Japan is currently easing its special state-of-emergency orders but still risks a second wave of infections.

The host country has recorded over 17 thousands coronavirus cases with over 15 thousand recoveries and less than a 1000 deaths. However, there are still more than 1500 active cases and the country is taking all precautionary measures to overcome a second wave.