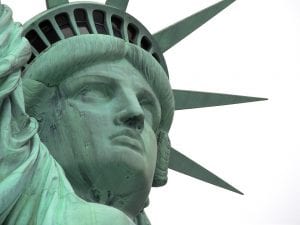 The US spends more on providing so-called healthcare than any other country on the planet, accounting for around 17% of GDP. We are the only industrialized country in the world with a multibillion-dollar for-profit industry dedicated to parasitically collecting money from us and then passing it on to medical providers on our behalf.

President Theodore Roosevelt, Franklin D. Roosevelt, Harry S. Truman, John F. Kennedy, and Lyndon B. Johnson all advocated and implemented a national healthcare system in the United States. The for-profit health insurance business, on the other hand, has clung to us like parasites.

Southern white congressmen (all men) and senators were among the first to oppose a national healthcare system more than a century ago. They didn’t want even the chance that white people’s tax funds may be used to assist Black people’s health. Hoffman argued that limiting healthcare to African-Americans would address America’s “race problem.”

“Dollar Bill” McGuire, the former CEO of UnitedHealth, America’s largest health insurer, made roughly $1.5 billion during his tenure there.

Lyndon Johnson enacted Medicare and Medicaid (both single-payer systems) in the 1960s, which was the last successful attempt to offer government-funded, single-payer healthcare insurance.

With the Buckley v Belotti decision in 1978, conservatives on the Supreme Court allowed corporations owning politicians (written by Justice Louis Powell of “Powell Memo” fame). Because of the court’s judgment, government-funded systems like single-payer health care have become far more difficult to implement. The Supreme Court subsequently reinforced that ruling in 2010, when the all-conservative Citizens United decision solidified the ability of billionaires and large corporations to own legislators and even draft and influence laws and the legislative process.

Medicare for All, as implemented in Canada, would immediately save American families thousands of dollars each year and eliminate the 500,000+ yearly bankruptcies that occur in our nation as a result of a family member being ill.